I was out early on Sunday morning in the snow and I spotted lots of footprints! The photos may not be very clear but hopefully they will show up my little visitors.

The first picture is tracks of big and little birds – most probably either a magpie or a Crow and maybe a robin? 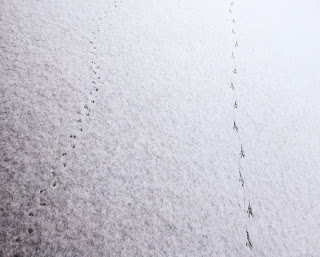 Puss must have been on the hunt too! the skid mark on the nearest print suggests he may have been about to pounce! 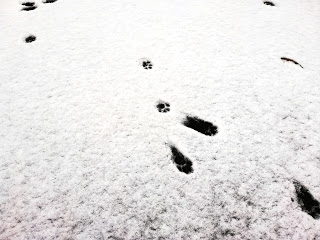 These were taken in the front garden but when I went through to the bird feeders in the back it became much more exciting! I have no idea which birds were there but a good selection obviously! 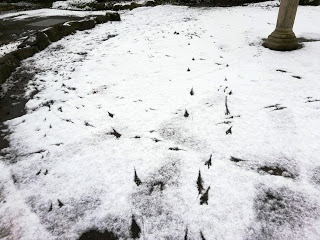 But under the actual feeders it becomes like a super-highway! My birds are missing the fat balls that are unobtainable within my 5km so I am kept busy with the other stuff – including of course a dish of water! 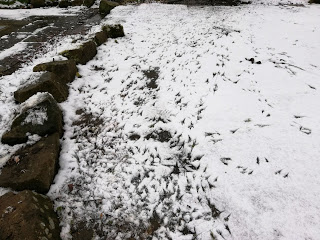 The snow has almost disappeared now but I am happy to have traces of the creatures that live in my garden! The final photo interests me the way the snow has managed to cling to the Phormium and the Cordaline! 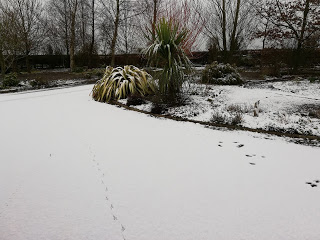 I am not a great fan of snow but it does make for pretty pictures – I\’m just happy when it doesn\’t last too long! Bad enough being in lockdown but when the daily walk becomes hazardous it just makes the whole thing more annoying!