People often lament the presence of Lesser Celandine in their gardens. Indeed I do so myself as I remove its prolific seedlings from my more formal borders but at this time of year it has found the perfect place to strut its stuff!

And while on my travels I found these lovely snakes head fritillary are beginning to spread themselves about a bit! 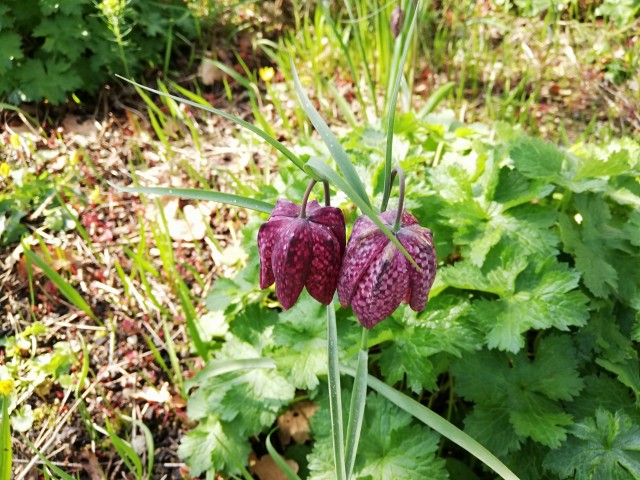 It is also a joy to see that the Snowflakes are also increasing in number putting on a good show at the moment. 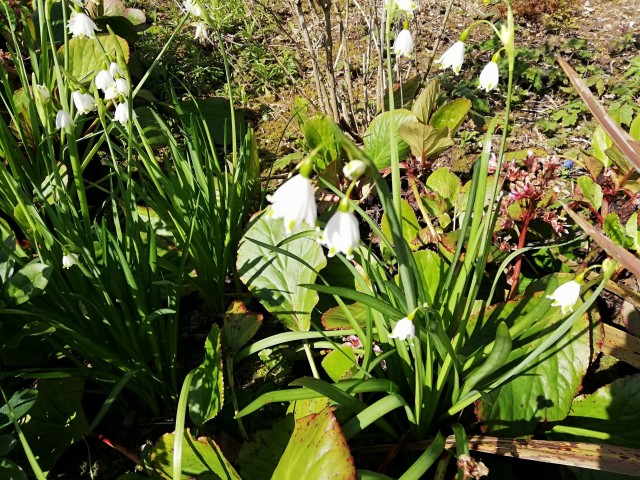 My final discovery was that the Lunaria annua also know as Honesty or the Money Plant has a three plants this year!

So having spent enough time wandering round the garden in the glorious sunshine, taking photos and dead-heading daffodils it was time to get down to PROPER gardening – and yes, the spuds are now planted! I’m a bit late this year (I only row a few earlies) as they are usually in the ground on St Patrick’s Day as tradition has it. However, they were very well chitted having had the bit of extra time. I have high hopes of them, and just in case Puss has ideas about using this nice soft soil as his new bathroom they will stay covered with the netting until they emerge!